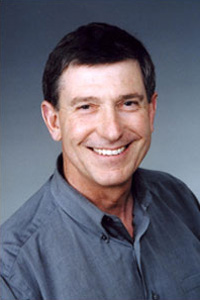 Ron Pollock – 1968 graduate of West Anchorage High School. An outstanding multi-sport athlete at West Anchorage, Ron Pollock left his mark on high school sports in Alaska. While earning five letters in basketball and track and field, he was the basketball team and conference scoring leader, holding the state single game record at the time – 46 points against Lathrop High School in Fairbanks. His outstanding accomplishments in track and field include 1st place finishes at the 1967 state championships in long jump, high jump, and both low and high hurdles. He repeated at the 1968 championships setting state records in the low hurdles, long jump and high jump. His West High Eagles were state track and field champions in both 1966 and 1968. Pollack attended the University of Idaho on a basketball scholarship where his team was runner-up to Arizona State, eventual NCAA champions. He finished his college basketball career at Chapman College in California. While in college, Pollock also excelled in baseball. He was a member of the Anchorage Glacier Pilots baseball team in 1971 which won the NBC Championship that year. In 1973 he signed with the California Angels and was assigned to the Tri Cities Northwest League. An unfortunate knee injury incurred during off-season training curtailed his career. In 1975, Pollock returned to Alaska as a teacher and coach at Dimond High School in Anchorage. In 1977, he left teaching to enter the real estate field, a venture that has proven to be very successful. He and his wife Nancy have two grown daughters and continue to reside in Anchorage.