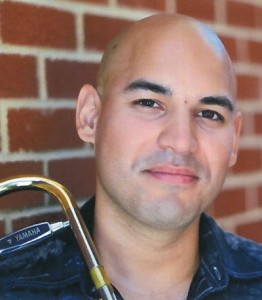 One of the greatest musicians from Alaska, trombone player Victor Barranco, got his start at North Pole, where he was a member of all-state band from 1999 to 2001 and the Northwest Honor Orchestra in 2000. He was also a four-year letterman in cross-country skiing and track and field. After high school, Barranco earned his Master of Performance degree from the University of North Texas. In 2009 he joined the U.S. Army Band and traveled the country not only performing but also appearing as an adjudicator, clinician and soloist at high school and college music conventions, including the University of Alaska Fairbanks Jazz Festival. Barranco has toured with the national Broadway production of ‘Fiddler of the Roof’ and performed with Grammy winning artists such as Tony Bennett, Aretha Franklin, Mariah Carey and Lady Gaga. Barranco always set high goals for himself. He demonstrated a work ethic and dedication that allowed him to achieve his goals. He had a fantastic attitude and was an outstanding school leader. He graduated in the top 10% of his class and was an exceptional student.