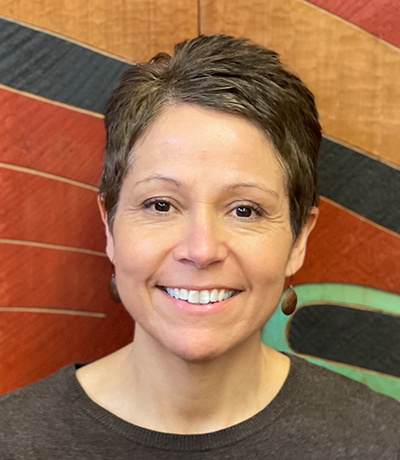 When it comes to Klawock basketball, Jackson is in a class by herself. She led the Chieftains to eight state title games – four as a player and four as a coach – and helped Klawock become the first school to win five Class 1A state championships before making the jump to Class 2A and winning another state title at that level.

A decorated player who earned all-conference and all-state honors, her fingerprints were all over Klawock’s success during her four seasons as a player as the team won three straight state championships in 1987, 1988 and 1989. Jackson was a four-time all-conference selection and a four-time all-tournament pick at state. Those that were fortunate enough to see her play easily saw her passion, grit, and purpose when she was on the floor,” said Jim Holien. “She was a true champion.”

After graduating from college, Jackson returned to her hometown in 1993 to begin her coaching career at the high school and teaching career at the elementary school. She coached the Chieftains from 1993 to 2001, leading Klawock to seven league titles and two state championships – a 1A title in 1996 and a 2A title in 1999. More than just basketball, Jackson taught her players how to win in life. “I had the privilege to grow up in Klawock and play basketball for Coach Jackson,” said Sarah Dybdahl. “She planted in each of us resiliency, respect, integrity and how to lead through action. We were fortunate to have such a pillar in our life.”

In 1999, her Klawock team snapped Ninilchik’s 26-game winning streak with a 47-43 win in the state final. Jackson was named Alaska 2A Coach of the Year. “In the four years of being coached by Jean, she taught me more than just the game,” said Teresa D. Fairbanks. “She taught me to be proud of who I am and to carry myself with dignity, even if something is weighing me down. A lot of who I am today is owed to her holding me to a higher standard and keeping me accountable.”