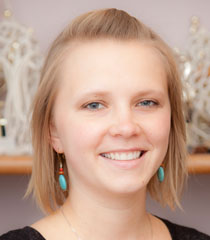 The greatest small schools girls basketball player in Alaska history, Whitney Leman became synonymous with winning during her career at Ninilchik High School in the early 2000s. She led the Wolverines to four Class 2A state titles and was the first small schools player to be named player of the year three times. Leman was the stuff of legend, winning MVP honors in every tournament she played in from her sophomore year through her senior year. She was featured in Sports Illustrated as part of Faces in the Crowd. As a freshman at the University of Alaska Anchorage, Leman made quite an impression at the 2003 Great Alaska Shootout, assisting on the game-winning basket in a 61-59 win over Mount St. Mary’s on the first night and then icing a 61-58 win over Clemson in the championship game with a pair of free throws with five seconds left. She later went to Eastern Oregon University and in 2006 ranked eighth in NAIA in assists [5.9] in 31 games.