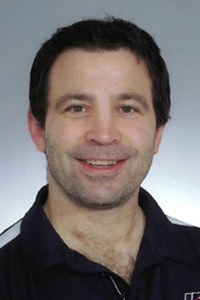 Steve MacSwain was a standout hockey player in the 1980’s prior to the full development of high school hockey. While attending East High School, he scored 104 points in one season, establishing an unofficial record. He also was selected to the All-conference team. Steve MacSwain was an Alaskan high school pioneer player. Raised in Alaska, he went on to compete at the University of Minnesota and on the national level. Steve was the first Alaskan to be drafted by the NHL. He played in the United States, Europe and for the Alaska Aces. He demonstrated sportsmanship, humbleness and a positive attitude throughout his career.