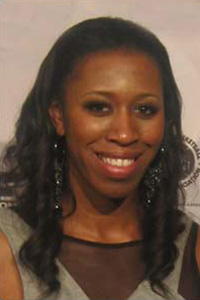 Jessica Moore is an outstanding female multi-sport athlete. She is best known for her basketball accomplishments but her success in volleyball and track are outstanding as well. She was the 4A Triple Jump Champion and was a member of two Region III champion volleyball teams.

Jessica’s athletic ability and successes are many. During her high school career she won state championships in volleyball and basketball, earned All State and All Conference basketball honors for three years, She was MVP in two of those years, she was chosen as Gatorade Player of the year as a junior and senior and was a Parade All-American her senior year.

After high school Jessica became a standout basketball player for the University of Connecticut. While there, she played on three National Championship teams. She currently plays basketball in the WNBA. In 2009 she played for the WBNA Championship with the Indiana Fever. When Jessica returns to Alaska, she gives back to the community through her public appearances, clinics and visits with the high school teams.