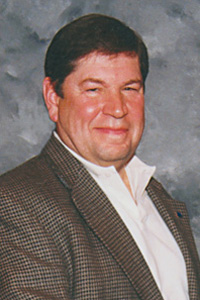 As Spenard Builders Supply’s Director of Operations, Stan Smith was the driving force behind SBS’s involvement with the Alaska School Activities Association.

For the better part of the last five years, SBS partnered with ASAA as a major sponsor.

Smith played basketball and ran track for Palmer High in the 1960s even held the state shot put record for a few years. He played college basketball at Oregon’s Multnomah University before moving on to coaching others.

Smith believed strongly that Alaska youth should be given every opportunity. He was known as the ultimate fundraiser, and a reliable source for personal financial donations.

“He saw our community and our state as a land of opportunity and worked hard to see that others shared his vision,” said friend Tim Brady, President of Ken Brady Construction Company, Inc.

Smith lost his battle with cancer in 2008. Friends and family at his funeral agreed Smith never hesitated to give and was willing to help anyone in need. People knew when he called that he was probably going to ask for something, and they gave willingly because they knew Smith wouldn’t ask for any more than he was willing to give himself.