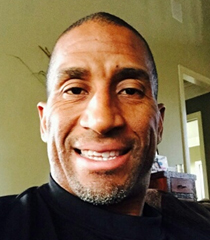 Alaska’s most skilled gridiron great, Reggie Tongue was an all-star playmaker at every level of football. His game was born in Fairbanks, but it came alive at Oregon State University. The defensive back was a two-time All-Pac 10 selection for the Beavers and in 1994 he tied a Pac-10 Conference record by returning three interceptions for touchdowns in one season. The 6-foot, 200-pound safety played 10 seasons in the NFL for four teams, most notably with the Seattle Seahawks and Kansas City Chiefs. He scored five career touchdowns in the NFL, the most among the 10 Alaskans to play in the league. He ranks first among Alaskans in the NFL with 15 interceptions and third with 145 games. Tongue was the 1990 Alaska Player of the Year at Lathrop High School.