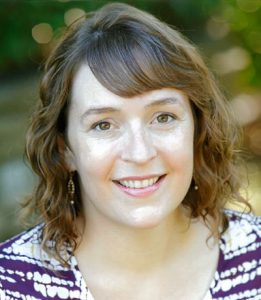 1998 graduate of Service High School – A two year participant in Track & Field, it would be in the swimming pool where Murphy would etch her name in the record books. Says longtime swim official Dean Konopaske, “I have one memory that sticks out in my mind relative to Sarah’s swimming ability. I recall officiating a meet at Service High School when Sarah was a senior. I was looking at the Service High School Swimming record board above the pool and saw Sarah’s name besides nearly every girl’s event. I believe she had records in the 50, 100 and 200 freestyle, 100 and 200 butterfly, the 100 backstroke and a couple of relays.”

Over four years during ASAA State Swim and Dive Championships, Murphy would claim nine gold medals while setting three state records. She was awarded the Outstanding Competitor for the 1996 ASAA State Championships. She was also named Speedo National Interscholastic Swimming Coaches Association of America 1996-97 High School Swimmer of the Year. However, Murphy was also a great teammate and leader. A former teammate states, “ I experienced Sarah’s quiet leadership and was the benefactor of her caring and empathic character as a teammate innumerable times. Sarah was always quick to encourage others. She would often extend a hand of friendship to other swimmers regardless of team affiliations or rivalry. Seeing her forge friendships and connections with swimmers across the state during competitions made a huge impression on me and others.”

Murphy achieved honor roll status each semester at Service High was valedictorian and earned early acceptance into Harvard University. At Harvard, Murphy swam for two more years. She broke the school’s record for the 100-butterfly. After Harvard, Murphy attended the University of Washington School of Medicine. Currently married with two children, Murphy is now a faculty member at the WAAMI medical school at the University of Alaska, Anchorage.