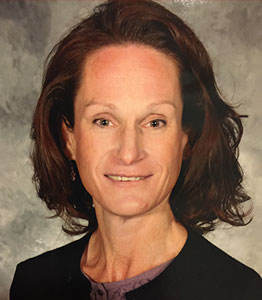 In the words of a former coach, Beth Ladd was an outstanding student, passionate teammate, fierce competitor and inspirational role model in the classroom, at the track and on the court. As a student athlete at Homer High School, Beth earned six State Championship titles with her teams in Cross Country Running and Girls Basketball. An honor student as well, her work ethic and intensity were fundamental to her success. She was chosen for the All-State team in Track & Field for four years straight., and her qualifying times led to invitations at national track meets. Winning three individual titles at the State Track Meet her junior year and two her senior year, Beth went on to run distance events at Texas A&M University with a full scholarship.

On the basketball court Beth’s explosive speed and endurance made her one of the top defensive players in the state. Many of her points were made off of steals and interceptions. Her defensive prowess prompted radio announcer, Dave Webb, to refer to Beth as “the steal curtain.”