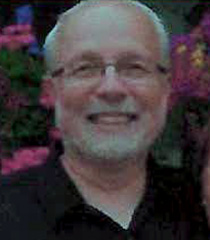 Virgil Hooe is an Alaska volleyball pioneer and record-setting Anchorage high school coach with 11 Class 4A state championships, including a record 10 at Service High School, in the 1970s, 1980s, 1990s and 2000s. In all, Hooe won more than 400 matches, 14 region tournament titles and 17 regular-season conference championships. In 1983, he founded the Midnight Sun Volleyball club team that has helped dozens of players land college scholarships. Hooe coached West from 1976 to 1981 and Service from 1982 to 2003 before he joined South in 2004 as a volunteer assistant where he coaches players and mentors younger coaches. Over the years, Hooe single-handedly changed the face of volleyball coaching in Alaska, serving as Regional Commissioner for the U.S. Volleyball Association and executive director of Midnight Sun Volleyball in addition to officiating and holding youth clinics.