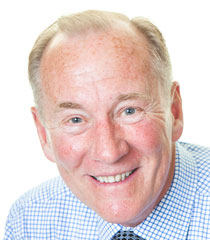 Dave Reeves is Alaska’s king of the tennis court, a pioneer of the game after helping high school tennis get started in the early 1970s and later turning Dimond High School into a dynasty. He is the state’s most accomplished tennis coach with 13 region titles in 18 seasons and a 145-27 career record. There was not a state tournament during his coaching career. Reeves coached perfect seasons in 1976, ’83 ’85 and ’91. Few know of his own athletic achievements at East in the 1960s, where he played basketball for Chuck White, won two pole vault state titles and broke the state record by a foot as a senior, and played second base on back-to-back state champion Legion baseball teams.