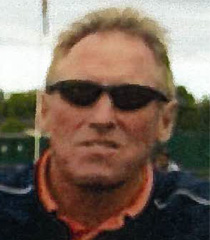 One of winningest football coaches in Alaska high school history, Bruce Shearer is the only man to lead his team to seven state championship games, winning four; and he did it in just 12 years [1985 to 1997]. Shearer coached a total of 21 seasons at Kenai, East Anchorage and Chugiak and compiled a career record of 130-40-1 [76%]. At East, he won three straight state titles in 1985, ‘86 and ‘87, and set a record with 29 consecutive victories. At Chugiak, he won the 1996 title and had a 76-26 record in 10 years. He also coached girls basketball and track and field at Chugiak. As a hoops coach he was named Class 4A Coach of the Year in 1991 and won a state title in 1994. In track, he led the Chugiak girls to four state titles and the boys to one. In 1994, Shearer won state titles in basketball and track and led his football team to the state championship game.

Bruce Shearer is one of the true coaching giants in Alaska high school history, winning a combined 10 Class 4A state championships in three sports: football, track and field and girls basketball. In 1994, while at Chugiak, Shearer led his team to the state title game in three different sports, winning titles in basketball and track.