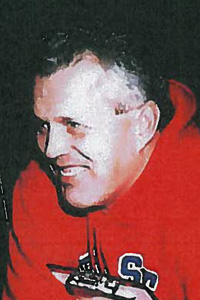 Alaska High School Basketball is personified by Coach White. His passion and dedication is legendary. During his career he won 921 of 1149 games for a .802 winning percentage. He is among the top 10 U.S. basketball coaches in winning percentage. His career has spanned 41 years and touched hundreds of young men. He also won 18 state championships and was instrumental in show casing Alaskan basketball players on the national scene leading to numerous athletic scholarships. Coach White’s demeanor on the court was sometimes unpredictable but those that know him recognize how deep his caring went for his players. Coach White’s influence has elevated the quality of the game of basketball and the level of coaching throughout the state. He was selected as Alaska State Coach of the year five times. Coach White is retired but can still be seen in the crowd cheering on young people.