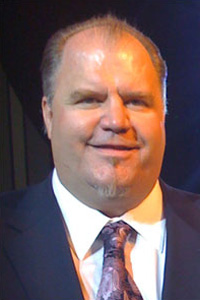 Rich is a standout musician from Haines, graduating in 1984. During his high school career, he participated in band, choir, wrestling and track and field. He was best known for his skills as a trombone player. He was selected as first chair in America’s Youth in Concert, toured Europe and performed in Carnegie Hall. He was also first chair trombone for 3 years in the SE Alaska Honor Band. He majored in music at UAF, toured with a band and returned to Alaska to write music. Because of his interest in fine arts, he became involved in video production. He was awarded an Emmy in 2009 for his cinematography “There’s No Place Like Nome.”