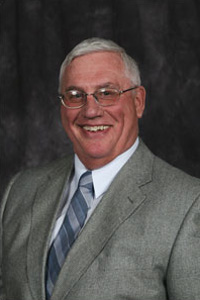 Chugiak High School (CHS), football and Tom Huffer are synonymous. Tom started the CHS football program in 1969 and waited eleven years to have a winning program. CHS had an enrollment of 400 students and competed against the much larger Anchorage Schools at the time. He built the program from the bottom up. From 1979 to 1989, his teams were formidable forces. He led his teams to three Cook Inlet Conference Championships, two state titles and finished second in three other years. In 1985, the Alaska Football Coaches Association nominated Tom for the National High School Football Coach of the Year. In 1991, he received the distinguished service award for Region 7. He is the longest serving head football coach in the Cook Inlet Conference, retiring after 19 years.

Tom was a teacher and counselor at Chugiak High school for many years. He was the heart and soul of the school in many ways. He was highly regarded by teachers, administrators and students. He volunteered and supported all types of sports and activities when he was not coaching. In addition to football, he coached wrestling and track. He officiated often, particularly during the wrestling season. He was also a strong contributor to the development of wrestling in the state. Tom’s greatest characteristic is his ability to motivate students and others he works with to excel despite the odds. Others have often referred to him as the Dean of Alaska Coaching.